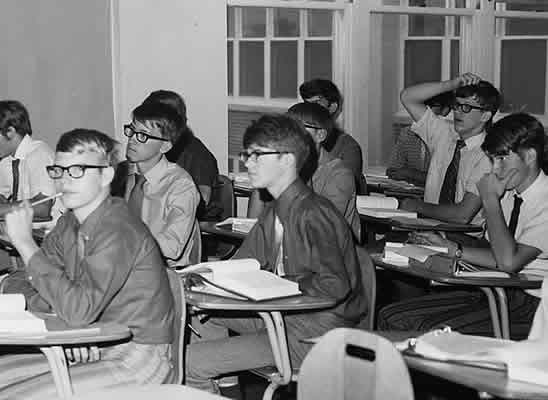 Mount Michael Benedictine Abbey & School was founded in 1953 by Immaculate Conception Abbey in Missouri. The school began as a high school and junior college for men preparing for the priesthood and was called St. John Vianney Seminary. In the spring of 1970, the monks decided that their resources and talents would be better utilized by the creation of Mount Michael Benedictine School, a Catholic residential high school encompassing grades 9 through 12 with a focus on college-prep curriculum. The school has grown steadily from an enrollment of just over 100 in the early 1970s to around 250 today with an enrollment goal of approximately 240-260 highly qualified students. The school has become noted for its family atmosphere, spiritual environment, and high academic standards and expectations.