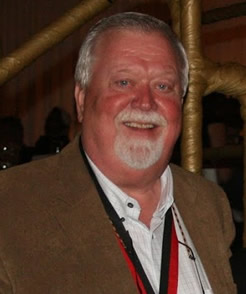 Tom Hastings, a native of Pender, NE, attended Mount Michael, then known as St. John Vianney Seminary, from 1967-1969. Tom served as assistant basketball coach under Jim Kane. Tom later went on to graduate from Wayne State College with a degree in Business Administration. In 1981 Tom started TSL, a family owned transportation business. TSL has 500 employees with locations in Omaha, Kansas City, Denver and Dallas. TSL Cos. Divisions include Transportation Specialists, LTD., Transpec Leasing, TSL Terminals, TSL Logistics and International Logistics, with 113 offices in 81 countries. The latter entity was recognized at the White House in May of 2012 as a recipient of the Presidential E Award. In addition to his business, Tom founded and has been involved in Twin River Valley, a middle school age basketball league for more than 800 boys and girls in Omaha and surrounding areas. Tom and his wife Patty have been married for 42 years and reside in Gretna, NE. They have 3 sons, David and wife Lindsay, Chris, Patrick and wife Kelly, and 3 grandchildren Jagger, Ava and Laurel.