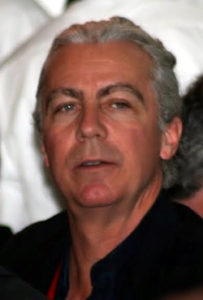 Kevin Kennedy is a 1979 graduate of Mount Michael Benedictine. After high school, Kevin completed his undergraduate at Stanford and his graduate degree at UCLA. Kevin’s work as a writer and producer have been seen on television and screen. In 1989, he was the writer of a film titled “Curfew” and in 2001 wrote the screenplay for “Sam the Man.” As his career progressed, Kevin was the executive producer and a co-writer of “The Assassination of Richard Nixon” in 2004 starring Sean Penn. In 2010, Kevin made the shift to television with the series “The Defenders” on CBS. The American legal comedy-drama starred Jim Belushi and Jerry O’Connell as Las Vegas defense attorneys. Kevin’s work on the series as one of the executive producers and writers had his family and friends glued to the tv every week. Kevin was one of the founding members of the Chesterfield Writer’s Film Project, the prestigious fellowship program which encourages new screenwriting talent. Currently, Kevin is working on new projects which will be made public in the near future.