Choosing school was easy for last of five 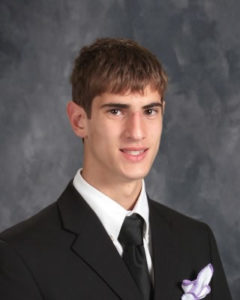 The Van Haute family has attended school here for 12 years, but that legacy is about to come to an end. Now that his brothers have already graduated, Drew Van Haute ‘23 is the final Van Haute to attend the school.

“Honestly, picking Mount Michael was easy for me not only because my brothers went, but because I had shadowed and the admissions office talked to me more than other schools,” Drew Van Haute said. “I really am happy I came because I am already seeing the brotherhood .” 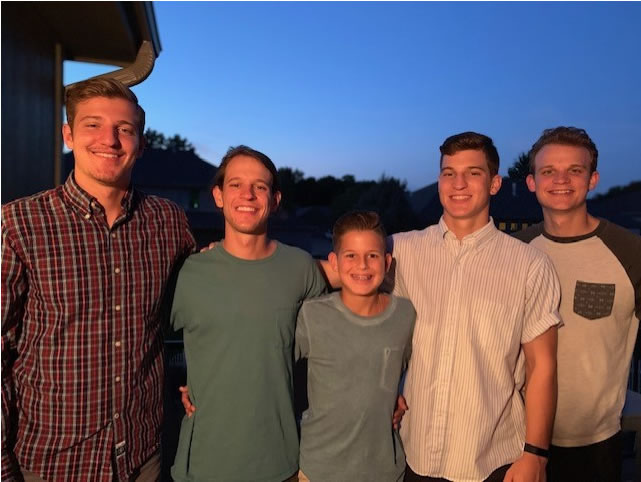 Sam Van Haute ‘16 is looking forward to his brother’s time, as well as recalling his own memories.

Cathy Van Haute remembers all the times that she sent her sons here and recalls all the great things that have happened to her family because of it.

“Mount Michael has had an amazing impact on my life,” she said. “My sons went into Mount Michael already knowing a little about brotherhood, but it was not at all like the brotherhood they experienced in school.”

All the Van Haute children competed in athletics, with many of the older brothers finding great success in their athletic careers. Drew Van Haute has already had an impact on the cross country team as a top JV runner.

“I’ve been playing sports my whole life with my brothers,” he said. “Going out and watching them compete for Mount Michael really motivated me to keep playing in high school.”

Drew Van Haute has much to look up to in his sporting career; all of his brothers received awards for their active and important roles in their designated sport.

“Sam received Athlete of the Year, Luke was MVP for soccer his senior year, Vince was a power knight and Nate was defensive player of the year in soccer,” Drew Van Haute said. “It would be nice to do something similar, too.”

Although following in his brothers’ footsteps and contact with the admissions office led him to here, what truly made Drew Van Haute choose to attend is something that can only be found on campus: the community.

“My favorite part of Mount Michael is the community,” he said. “Everyone is so welcoming, and I always feel that there are other people to help me and support me.”