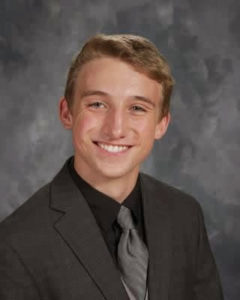 Nate Lafave Memorial Field is named after a Mount Michael student that died in a car accident in the fall of his sophomore year. Nate is remembered for his good nature, enthusiasm, and energy.  He was both an excellent student and athlete.  But most of all he was a good friend to all.

Nate was one of the students feature in the admissions video that was produced when he was a freshman.  One of the best ways to learn who Nate was is through his own words.

The video on this web page consists of a compilation of clips taken from the Mount Michael Benedictine admissions video produced during his freshman year.