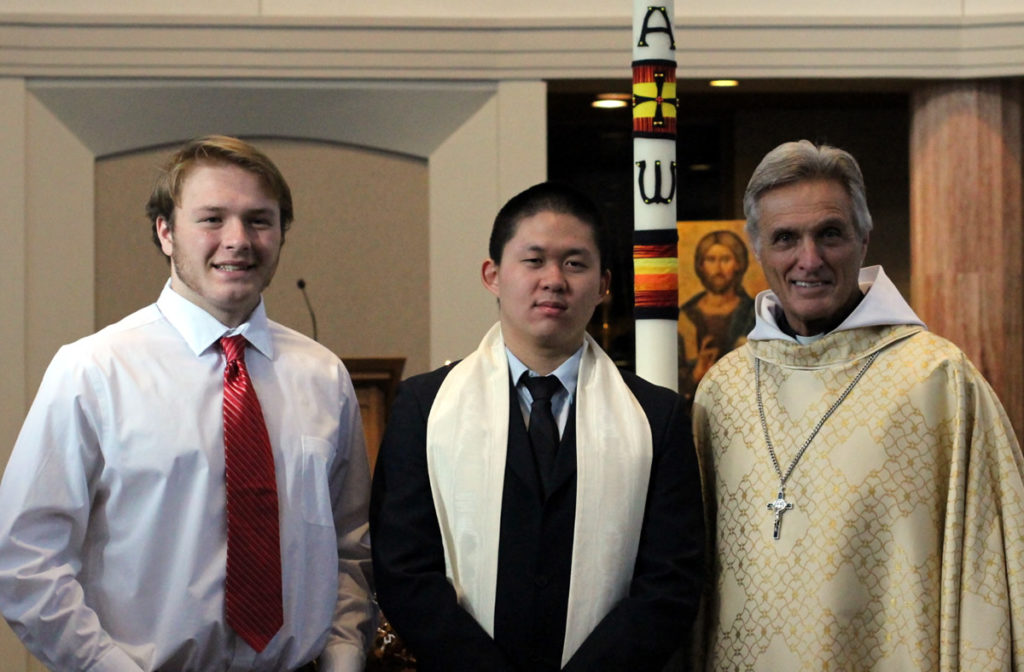 Abbot Theodore just happened to meet Zhuyi (Joey) Chen’s parents when Joey arrived as a freshman– he is now a senior. Abbot Theodore thought that perhaps they needed some direction and they responded that their son, Joey was just up in the dorms and would be coming down to see them soon. When Joey arrived, he met Abbot Theodore and immediately Joey told Abbot that he wanted to know more about Christianity. Thus began Joey’s journey of faith. Abbot Theodore and Joey met many Saturdays — one on one — studying Christianity. Last summer, Joey sent an email message to the Campus Minister, saying that he had decided to become a Catholic. He wanted to know what he had to do to make this happen. And so on November 27, it did happen. Joey was baptized and received into the Catholic Church in full communion. Joey received 3 sacraments at one time — baptism, confirmation and his first communion. Joey’s sponsor and thus his god father is one of his classmates — Cole Cordes. Indeed, it was a great celebration that was concluded with brunch in the abbey. Congratulations, Joey and welcome to the Christian community.