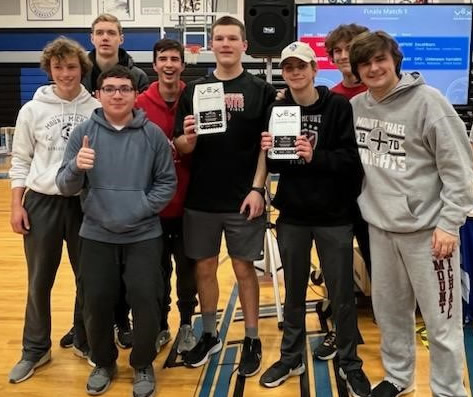 Congratulations to the Robotics teams that participated in the tournament in Ravenna this past weekend. 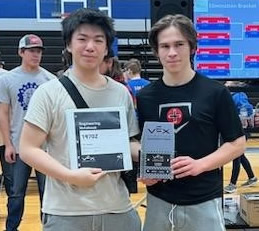 A third Team has qualified for State!  Team 1970z  John Yu, Nathanial Oehler, Ethan Rapoza and Ryan Lin for winning the best overall team award at the Gross tournament this past weekend.  They now qualify for state. 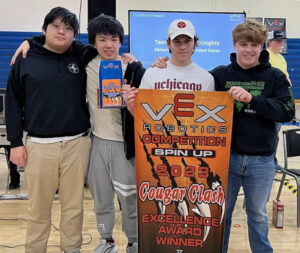