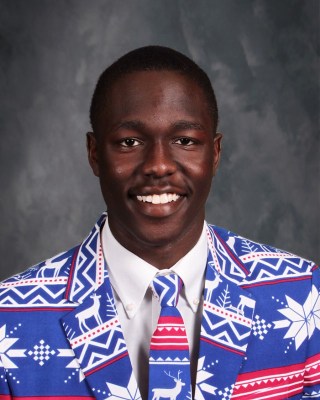 As a child, Jacob immigrated with his family as a refuge from Sudan. He and his family settled in Omaha.  Jacob was featured on NBC’s “Sunday Today Show in December of 2017, as part of a story on Omaha’s Talons Basketball Club, – Watch Video

In June of 2018 Jacob was also recognized as an outstanding Alumnus of the Omaha’s Children’s Scholarship Fund. of Omaha which was featured on Omaha’s Local television station, WOWT. – Watch Video