Michael Collins ‘12 played soccer and ran cross country during his four years at Mount Michael. He went on to participate in cross country and track and field for St. John’s University in Minnesota. Collins has now taken his love of running to the track as the sprinting coach. He also contributes on the cross country team as one of the assistant coaches. 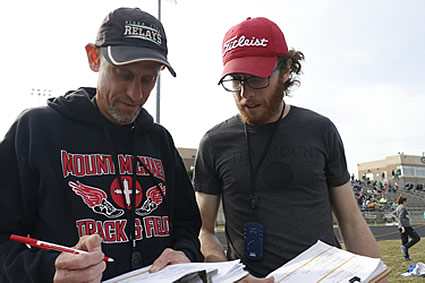 “He is always there to offer morning runs and offers helpful advice when it comes to any injuries we face,” Cameron Mallisee ‘21 said.

“I love his energy. He does a great job of hyping us up pre-game and pre-practice.” Sawyer Thompson ‘22 said.

Matt Coghill ‘16 played basketball for the Knights during his time at Mount Michael, averaging 1.2 points per game. He is the freshman basketball coach and the sophomore dean.

“Cogs really brings enthusiasm and  knowledge of the game that strengthens our team.” Louis Mixan ‘21 said.

Tom Swanson ‘01 played baseball and ran cross country for Mount Michael for all four years of high school. Swanson has returned as an assistant cross country coach and the head baseball coach for the junior varsity team. He also teaches world history and European history.

“Coach Swanson does a really good job of player development and building up a sense of leadership on the team.” Quinn McMahon ‘21 said. 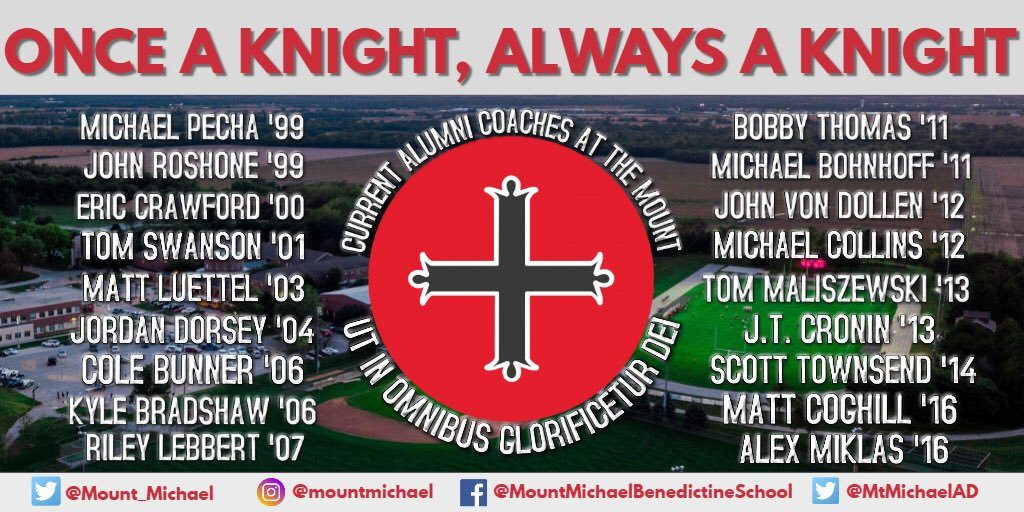 Alumni Coaching at The Mount