Freshman shines through the masses 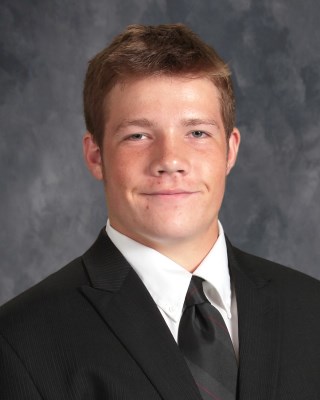 The tumultuous first year has challenged freshman since the school was a seminary. However, some freshmen are able to deal with this pressure and excel. John Balch ‘23, an avid football player with years of experience, is one of those freshman.

“John is pretty mature for a 9th grader,” receivers coach and biology teacher Randy Crnkovich said. “He thinks in the class and he mixes things up on the field.”

Balch has been playing football since elementary school and the dedication is paying off. This year, he was the only freshman to make the varsity football team.

Balch has played an active role in the first four games so far, including wins against Gross, Ralston, Concordia, and Plattsmouth. He is proving to be a dominant lineman and a successful team player.

“For being such a young guy, he understands football in the big picture,” line coach John Von Dollen ‘12 said.

However, football is not his only skill, he is also a musician.

Despite not practicing, he still plays in his free time. Although is musical expertise is not well-known among the student body, the freshmen class notice his talents and skills.

“He’s good at everything he does,” running back Cole Gustafson ‘23 said.

Gustafson is a fellow football player and shared the sentiments of many students. As a running back, he has a special relationship with players like Balch because linemen are the only thing standing between him and an aggressive linebacker. Even seniors are noticing Balch’s talents.

“He’s an interesting freshman to come out and he works hard,” lineman John Ackerman ‘20 said.