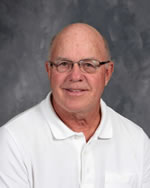 I am Fr. John Hagemann, OSB, Campus Minister from Mount Michael Abbey and School. Several years ago, we started a program for seven-day boarders, many of whom are international students. A good number are not Catholic, but we require the same of them as we do our Catholic students: theology classes, services hours, and attendance at the Eucharist and other sacraments. 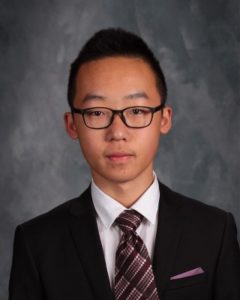 Yije(Jerry) Fan would always come to visit with me when we had scheduled Reconciliation services for our students. He had questions about faith and religion and how to deal with the struggles of being a student from a far-off country in an American Benedictine school. He has always been a great listener.

Because of his struggles, he developed a desire to become Catholic because he saw how his fellow students depended upon prayer, their families, and the faith of the community to become better people. He wanted something rock-solid that he could lean upon. He felt that becoming Catholic and a person of faith would do that for him.

Jerry started to take his theology classes seriously. It was no longer a matter of just reading facts and memorizing them. He credits his teachers with opening his eyes and helping him understand what faith is all about.

Jerry also looked to an older Chinese student who wanted to become Catholic as well. This gave Jerry support and assurance that this was really something he wanted to do.
Jerry was received into the Catholic church at Easter Vigil in 2018. It was a happy moment for him and his family.

Now Jerry is a reader for almost every Eucharist on the weekends at Mount Michael and is a faithful volunteer for care center visits. Along with other Mount Michael students, he has developed relationships with the residents of this care center.

Jerry is a good young man, who continues to seek further understanding about being a Catholic and really puts his faith into practice.