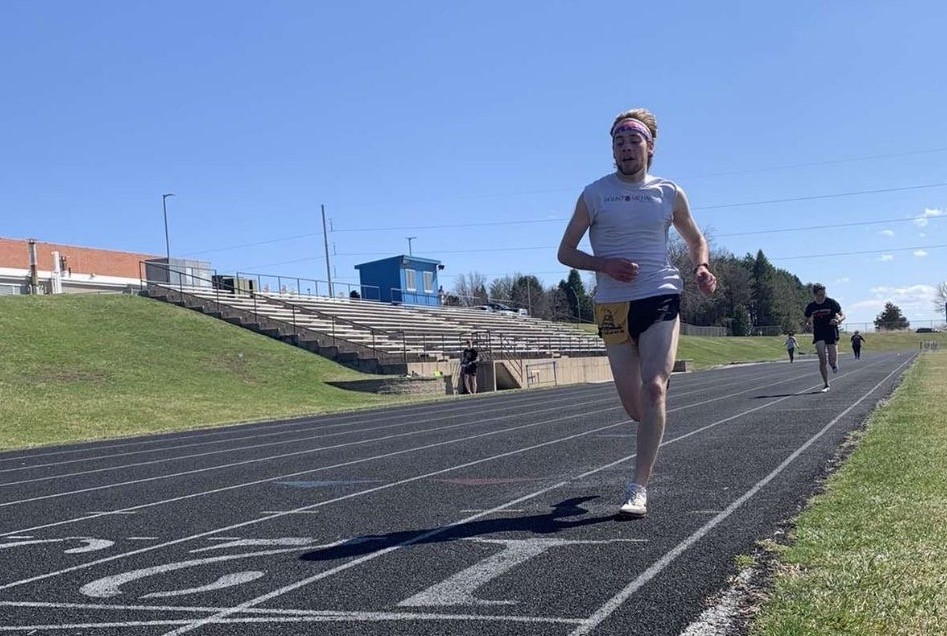 John Schroll ’20 continues to exercise even as spring sports are cancelled. He hopes to set a positive example for next season’s athletes.

When the NSAA announced on April 2 that spring sports had been cancelled, as per Governor Ricketts’ recommendation, athletes around the state felt a collective sense of heartbreak.

“It is very unfortunate because it feels like my high school career is unfinished and that I am missing out on many memories with my classmates that would stay with me for the rest of my life,” golfer Ethan Meduna ‘20 said.

Players from each of the sports had come so close to being ready to compete for the school.

“I was really upset when I heard the news,” baseball player Cole Cordes ‘20 said. “I was angry that we were one week out with a healthy team, and all the sudden, we can’t play.”

Earlier when the NSAA had only postponed the season, head soccer coach Kevin Gray underwent an emotional process.

“It was a whirlwind of emotions,” he said. “My first reaction was being annoyed because I had not been following the news at all, being engaged with family, work, and soccer. Once I slowed down, I became relieved that we were trying to be proactive and keep everyone safe. I finally felt a sense of sadness, knowing that the season means so much for all of our guys.”

Approaching this situation with a bigger picture lesson has been a way to cope with the disappointment for many coaches.

“This is a lesson that life is unfair,” head track and field coach John Gathje said. “It is important that we keep things in perspective. While this is extremely heartbreaking, we are all alive, and we all have the opportunity to have other great and good things happen in our lives.”

Coaches especially feel for the seniors being stripped of their last potential season and memories as a Knight.

“The seniors are perhaps impacted the most,” head golf coach Kent Christenson said. “This group of kids might be thrust into the college environment, a new chapter in their lives, without having had the opportunity to transition out of high school naturally.”

Small hopes surrounding a possible spring season were dashed once athletic director Derrik Spooner got the news from the NSAA.

“The NSAA has been in constant contact with the ADs throughout the state,” Spooner said. “I was crushed when they told us the official news. It is a hard pill to swallow, and I feel awful for the athletes and coaches that have worked so hard to prepare.”

There has been minimal contact between the coaches and players during the shutdown, but many have been emailing and video chatting to break the news and comfort each other.

“We talk a lot about controllables and uncontrollables on the field,” head baseball coach Tom Swanson said. “This is the uncontrollable that we never imagined. It’s important that we focus on what we can control, and that is staying as well prepared as we can and separate for success if the season resumes in the summer or next year.”

John Schroll ‘20 is one who will keep competing, exercising, and leading by example despite the cancellation.

“I have been running every day to stay in shape,” Schroll said. “I’ve been texting with some teammates to see what their times have been in comparison with mine and will be encouraging them to keep working hard for next year in cross country and track.”

With all the despair and shock, Gray suggests to look beyond the feelings and work to be better people throughout the process.

“Think positive and pray,” Gray said. “What’s happening in the world is bigger than what may or may not happen on the soccer field. Rather than being bored and sad, try and find a way to help and be a role model at home for your brothers and sisters through this challenging time.”