Matt Zarybnicky signed to play for Nebraska Wesleyan University in Lincoln. Matt attended Elkhorn Valley View Middle School and is the son of Ken and Margaret Zarybnicky. They are members of Saint Patrick Parish in Elkhorn.

Garrett Hustedt signed with the University of Nebraska in Lincoln. Garrett attended Russell Middle School in Millard. He is the son of Matthew and Jennifer Hustedt. They are members of St. Stephen the Martyr Parish. 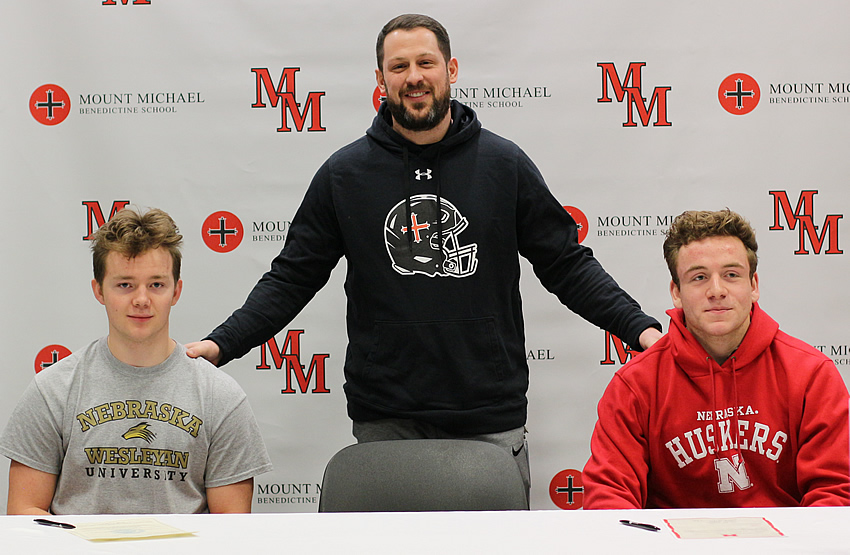