The Mount Michael Knights had an award-winning day at the annual UNL Math Day.  On the PROBE I (Problems Requiring Original and Brilliant Effort), Mount Michael took first place in their division.  This also marks the 12th time the Knights placed first in their division in the last 16 years and they placed second the other 4 years.  The Knights had two individuals place in the top 40 out of approximately 1250 participants.

In the quiz bowl competition, the Knights were 2nd in their division, led by Michael Mullin, Brayden Whitaker, Matthew Collins, and Daniel Phan.

More information on the UNL Math Day can be found at http://scimath.unl.edu/mathday/ 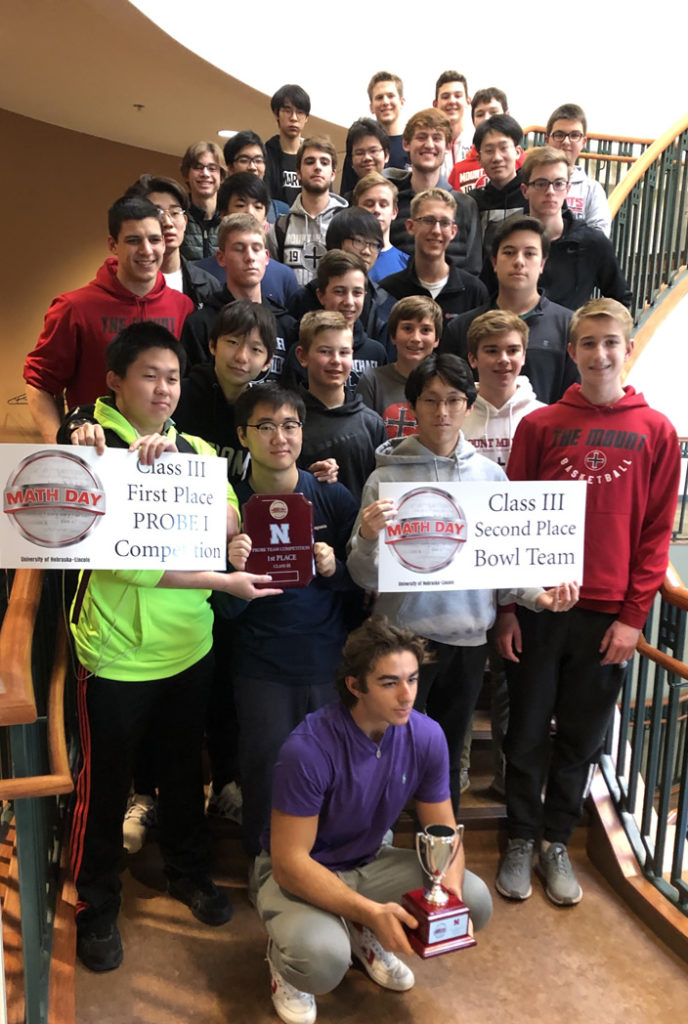 Mount Michael Mathletes pose with their plaque and Trophy 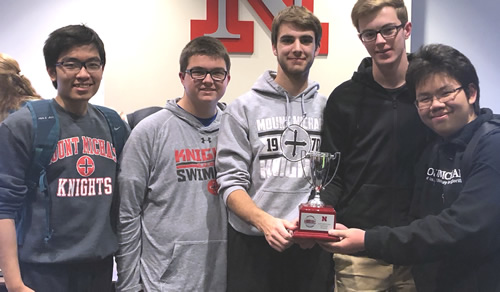 The Quiz Bowl Team with their 2nd place trophy