The calm waters are interrupted with a splash as a swimmer’s body gracefully slips into the blue. With that dive, the new swimming season begins, bringing with it an air of hope and exhilaration.

For returning athletes, the dawn of a new opportunity is often met with apprehension; previous performances set the bar high as each athlete strives to meet a new personal best. However, two students are making the most of the upcoming season by participating in a new sport. 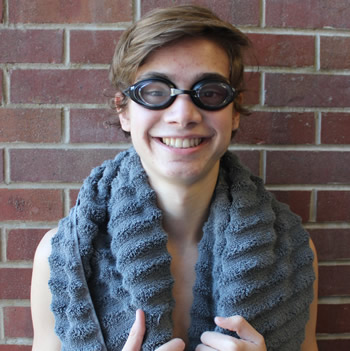 After an essentially season-ending injury, varsity cross country runner Jacob Gathje ‘20 is mixing things up in hopes of maintaining his fitness.

“I’m doing swimming to keep up my cardio and because it has no impact on my leg,” he said.

After sustaining a hyperextension in his knee and a stress fracture in his shin, Gathje has struggled to return to running. His doctors suggested he cut back on his miles for a while in order to accelerate the healing process.

“Even after I get back, I can only run half a mile a day,” he said.

He hopes that swimming, with its minimal impact, will fill in the gap in his training so he will be competitive in track next spring.  In past years he ran every day over the winter to stay in shape.

Gathje, who stopped taking swim lessons when he was ten, has never swam competitively. Despite his inexperience, school-record holding swimmer Joseph Johansen ‘20 has faith in him. 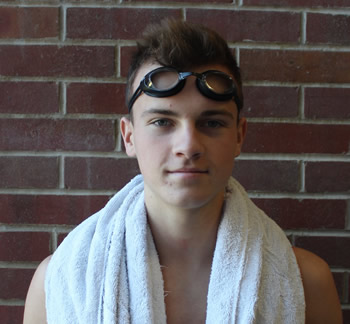 “I’m really excited for the season,” Johansen said. “I think Gathje will be good.”

Likewise, Henry Hohman ‘21 plans to join the swim team for the first time during his high school career. However, unlike Gathje, he already has previous experience going into the season.

“I used to swim a lot in grade school,” Hohman said. “I was on the club team for Swim Omaha and the Greater Omaha Aquatics team.”

After years of swim team, Hohman cut his career short due to other athletic commitments.

“I stopped swimming in eighth grade because of all the summer lifting I had to do for basketball,” he said. “Now that I’m not playing basketball anymore, I decided that I wanted to get back into swimming.”