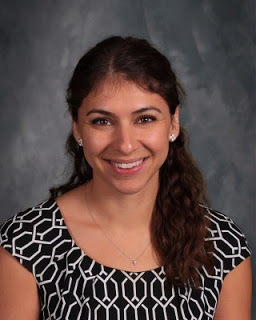 Mount Michael Benedictine Abbey and School recently undertook a search for a new Development Director. Francesca Donovan, MBA was selected to replace Kim Volpone, who announced that she would be retiring at the end of June 2018.

Francesca Donovan has been a development officer in the Mount Michael Abbey and School development department since June of 2015. In that position she was responsible for managing the annual school fund drive, the abbey giving programs and communications for both the abbey and school. She was also responsible for working with the alumni association. Mrs. Donovan is a native of Kansas City, Missouri. Prior to coming to Mount Michael, Mrs. Donovan served as the Director of Annual Giving at The Pembroke Hill School in Kansas City. Francesca Donovan holds a bachelor’s degree from the University of Notre Dame and a Master of Business Administration from Rockhurst University.

Kim Volpone served as Development Director at Mount Michael since the summer of 2007. She was responsible for the recent capital campaign that resulted in $14 million raised and the construction of the David “DJ” Sokol Learning For Life Building. Francesca Donovan has worked closely with Mrs. Volpone during the closing days of the campaign. David Peters, Head of School states; “We are very excited about the hiring of Francesca Donovan as our new Development Director. She has wonderful communication skills and works well with our development team, alumni and staff. Her enthusiasm and dedication to Mount Michael Abbey and School is infectious. Francesca was the ideal choice as we move into a post-campaign program focusing on the future needs of the abbey and school.”

Francesca Donovan will begin her duties on July 1, 2018.