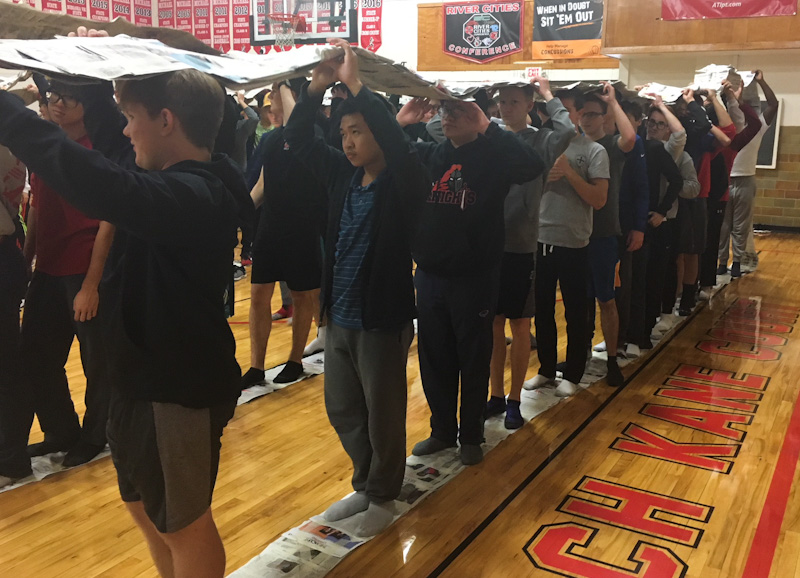 Wednesday of this week was a break from the regular school day routine.   In the morning the PSAT Exam was taken by all freshmen, sophomores, and juniors, while the seniors were allowed to sleep in.

After the tests they did a Perceptions Activity in which they viewed several photos and then discussed what they thought the photo was about. In the process they discover that what one perceives about something may not always be accurate.

In the afternoon all the students (including seniors) were divided into teams for a fun Caterpillar Tread race.  Team members needed to create out of newspapers, a tread like what is found on a Caterpillar Bulldozer. They then gathered in the Gym to race as a team without breaking their tread. If the tread broke they would have to stop and repair it before continuing.  It was a great stress reliever after a day of exams.