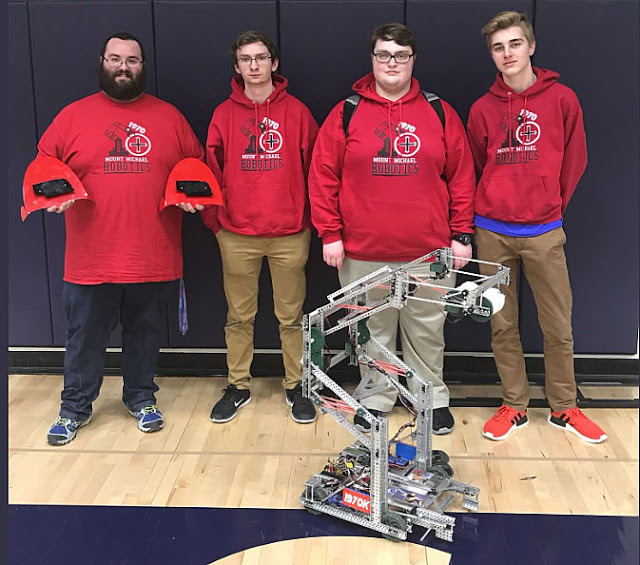 The general layout of a tournament is in two phases all matches are played 2 vs 2.
1. Qualifying matches: teams are paired up in a round robin style setup to play 6-10 matches to determine seeding into the second phase. The teams are seeded according to win/loss record for eliminations.
2. Elimination matches: The top 8 teams select 2 other teams to form 8 three team alliances that compete in a best 2 of 3 elimination bracket to determine the tournament champion.
Our team went 9-0 in qualifying securing the #1 overall seed into elimination matches. They won both matches in quarter finals and semi finals to move onto the finals. After the alliance was disqualified in the first match for accidentally violating a rule, they went on to win the final two matches securing the state championship and a bid to Vex worlds in Louisville, KY in late April. In addition the team was awarded the Excellence Award which recognizes the best overall team at the tournament.