Every October PSAT day arrives meaning Freshmen, Sophomores and Juniors will spend 1/2 a day taking the standardized exam.  It is important as a warm-up to taking the SAT and ACT exams which many colleges require for admissions. They are also particularly important for juniors because the exam will determine who qualifies to apply for  National Merit Scholarships.  This past year The Mount had 4 students qualify and 2 as commended scholars. 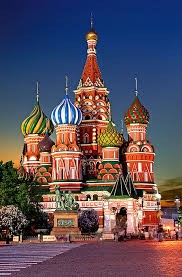 Where is this Landmark? Answer: Russia

In the afternoon to unwind after the exams a trivia competition was held in the Gym.   The students were divided up into 20 mixed teams of 8-9 freshmen, sophomores, and juniors. Their were numerous trivia categories with 10 questions in each category.
Examples:
Unexplained phenomena category
Cursed oceanic region off the southeast tip of Florida where dozens of ships and planes have gone missing over the years.
Answer: Bermuda Triangle
Pop culture category
What boy band was Justin Timberlake in?
Answer: NSYNC
Religion category
According to legend, who designed the uniform of the Papal Swiss Guard that protects the pope?
Answer: Michelangelo
Sports category
In which city will the 2020 Summer Olympics be held?
Answer: Tokyo, Japan 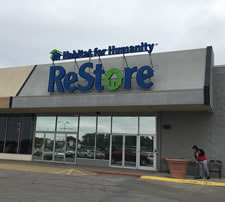 This year while the underclassmen took exams the seniors did community service for the Habitat for Humanity.  The entire class under the direction of Mount Michael Chaplain Fr. John Hagemann worked at the nearby Habitat for Humanity Restore on 108th and Maple. Fr. John’s inspiration for this good work goes back many years, “When I was still teaching the seniors Social Justice and Peace, I became aware of Habitat for Humanity. I have always wanted to do something with this organization. I had visited a bit with senior Calvin Benson, who had already done work with Habitat and came up with a plan to work at one of Habitat’s Restores.” For the seniors, It was great work– good food — and great company.