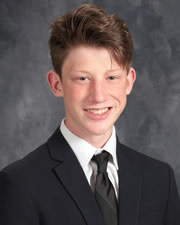 With COVID-19 hindering students from attending any sports game, the football team has played under virtually empty stands for most games this season. To remedy this problem, athletic director Derrik Spooner has decided to livestream games on the Striv platform.

“I think it’s something that was needed,” Spooner said. “It’s something I’ve wanted to do in previous years, but this year it was necessary because we wouldn’t have full stands.”

Striv is a company that enables high schools to live stream their games to anyone who wants to watch. It supplies software, a website for people to watch on, and social media integration for easier reporting done online.

“I chose Striv because I’ve seen the Striv product at other games, and it’s been helpful and the easiest to work with,” Spooner said. 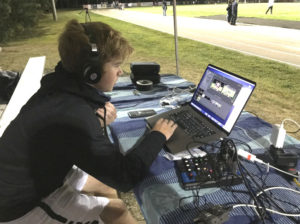 However, Striv did not provide everything. The booster club also had to fund the purchasing of two cameras to film: one for the main view and one for the sidelines. Spooner also had to find students who would take care of the broadcast and orchestrate the whole event.

“I really just pay for it; it’s the student-led Striv team that really does it. They’ve really stepped up and done an incredible job of directing and filming each game,” Spooner said.

The Striv team consists of four members: Ben Tucker ‘21, Aaron Karnish ‘21, Max Vossen ‘22, and Landen Fogle ‘22. This team of four splits up the roles to handle each broadcast. One person handles the video shots on a computer, one films from above, one spots plays and helps the main camera, and one is on the sidelines filming up-close action.

“I usually am a spotter. I help the main camera [Karnish] spot the ball in the play, and I am also a sideline camera, where I run up and down the line for sideline shots,” Tucker said. “We have a computer set up with a director [Fogle] controlling the broadcast; we can switch between the main and sideline camera.”

This team is also augmented by former professional sports broadcaster Sean McMahon who calls the games. McMahon sees what is happening and calls it as the team works to capture the shots.

“I’ve got the easy part. I just call the action. The crew does the heavier lifting,” McMahon said. “They’ve got to hustle to stay ahead of the action.”

“I thought it was exciting getting Mr. McMahon to call our games, and it’s cool because he puts stories behind the broadcast and makes it interesting,” Kyle Palen ‘21 said. “It was also cool to see your friends walking around on your screen.”