Transfers adapt to environment and look to influence their futures

Panwar hopes to gain experience for attending college in America 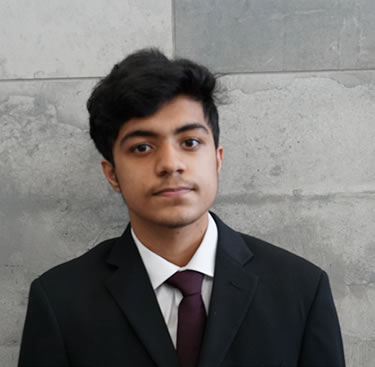 In only his third day on campus, Abhinav Panwar ‘23 could be seen dipping his toes in extracurricular activities. Panwar has been in contact with the basketball coaches and watching practices in hopes of making one of the teams for the remainder of the season.

Making history as Mount Michael’s first student from India, Panwar hails from Uttarakhand which is a warm state found in the northern geographic region of the country.

“I was born and raised in Uttarakhand and have attended many schools which include Montfort school from first to fourth grade and DPS for the rest of my education,” Panwar said. “This is only my second time in the United States.”

Panwar’s scientific interests have been fostered through his childhood. His father, Ajay, is a physician and his brother Krittin is studying for his MBBS [Bachelor of Medicine, Bachelor of Sur­gery] in Belarus.

“His family initially reached out to me in August, and we were able to talk and conduct some video conferences about some op­portunities here at Mount Michael,” admissions director Tom Mal­iszewki said. “He was accepted at the end of September, and we are excited for him to receive the heavy science focus that he wants.”

Panwar has described the school community as being “helpful and friendly.”

“It has been a perfect fit for me so far,” Panwar said. “I love how small the school is compared to the ones in India, so I can learn more about the other students and have good interactions with my teachers.”

Nelson believes in bettering himself 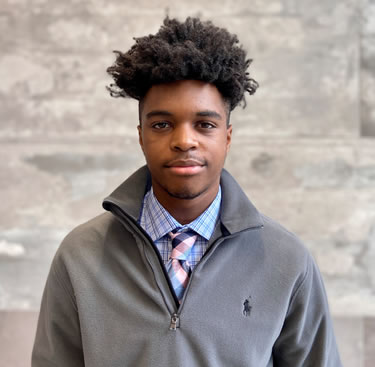 Taking one glance at new transfer Kafe­le Nelson ‘24 on the basketball court, any­one could say that he is a gifted athlete. His strong frame and bouncy athleticism have helped him to immediately have a promi­nent role on the freshmen basketball teams.

“He’s the most athletic kid every time he steps out on the court,” freshman basket­ball coach Matt Coghill ‘16 said. “He’s very strong, quick, and can jump out of the gym. He needs to continue to develop his skills [like most other freshmen], but he has some athletic traits that you simply can’t teach.”

But Nelson, who is from Beckley, West Virginia, is interested in far more than bas­ketball.

“My favorite subject in school is defi­nitely English,” Nelson said. “I have always loved to write, and this is a class where I can just express myself and my thoughts in ways unlike any other.”

Nelson’s mother and father reached out to admissions director Tom Maliszewki in Au­gust, but it fell through originally. Maliszewki received another message on Dec. 30 from his parents regarding a transfer opportunity for their son.

“Kafele’s case seemed to be a ‘too good to be true situation’ in all honesty,” Maliszewki said. “He’s extremely smart, athletic, and comes from a great family. It was evident that he was a Mount Michael guy from the start.”

Nelson was drawn to the school in order to challenge and better himself as a student and person. His first experiences have led him to fall in love with the people that make up the community.

“Mount Michael has some of the nicest kids I have ever met,” Nelson said. “When I first came I felt pretty lonely and that I didn’t belong, but my classmates quickly changed that around for me.” 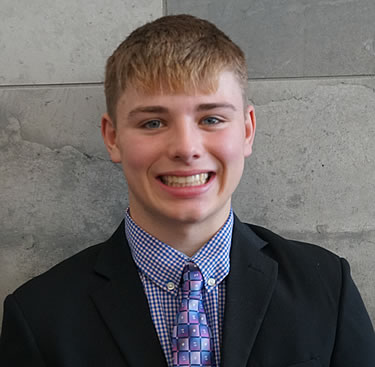 Gavin Forster ‘22 is a new ad­dition to the tennis team, transferring from Creighton Prep. His previous experience in the sport includes playing #2 doubles as sophomore and #1 singles as a junior.

“It is very rare to take a junior at se­mester, but Gavin is the rare exception because we had a good feeling he was well-rounded and would fit well in our community,” admissions director Tom Maliszewki said. “Covid played a part in this, and we understood his situation.”

Although Forster enjoyed Creighton Prep’s academics and athletics for the first two years of his high school career, when the school adopted a hybrid approach due to COVID, he felt he needed a change.

“The hybrid schedule did not work in my favor as a student,” Forster said. “And my math teacher was all remote, so I was having a tough time understanding. I left after the first quarter and started teaching myself while I waited to see if Mount Michael would accept me.”

Forster’s transition has been “smooth” so far because he has adjusted to his new math teacher, Michael Williams, and the nine-class schedule. Friends he has made prior to coming to the school has also played a role.

“Everything’s been good because I know so many people already,” Forster said. “I am looking forward to getting comfortable with the environment and continuing my career.”